The comet lander Philae has been found. The OSIRIS camera on board the Rosetta orbiter took the revealing images of the surface of Comet 67P/Churyumov-Gerasimenko on 2 September 2016. They show the landing craft lying sideways in a crevasse. Two of the three landing legs are clearly visible. "We finally have a full view of Philae," says Koen Geurts from the Philae Lander Control Center at the German Aerospace Center (Deutsches Zentrum fuer Luft- und Raumfahrt; DLR) in Cologne. "Even at first glance you can tell that we were fortunate, because Philae would probably never have seen sunlight again had it been just 10 metres further inside the crevasse." In light of these new images, the scientists at the Philae Lander Control Center have already started to analyse what happened when the landing craft touched down and started operations. "We are looking forward to finding out exactly how the landing site we have now discovered influenced the lander's operation and radio contact," Geurts continues.

The scientific data acquired thus far can also be analysed more precisely now that Philae's exact landing site is known. "As we can already see in the images, Philae is hidden in a shadow close to a rock face,” explains Ekkehard Kührt, planetary researcher at DLR and member of the OSIRIS team. "Now we can use the new OSIRIS images to track the position of the Sun throughout our experiments, which will help improve our interpretation of temperature measurements and other aspects." Tilman Spohn, head of the DLR Institute of Planetary Research and member of the MUPUS team is equally delighted: "What a magnificent achievement by the OSIRIS team, and a real milestone in space exploration! Now we want to see what exactly we hammered on using MUPUS, and can also improve the interpretation of our infrared measurements."

It had already been assumed that Philae may have come to rest on the rim of a crater, directly on the head of the duck-shaped comet. So far, however, the images had only shown individual pixels that might indicate Philae's presence. The latest images were acquired with a greater resolution of five centimetres per pixel at a close distance of just 2.7 kilometres from the now less active comet. And they clearly show tiny Philae. "It was extremely difficult to obtain definite confirmation of the landing craft's location in the rugged, murky terrain," adds Kührt. "We are thrilled and touched that we were able to locate Philae in the run up to the end of the Rosetta mission, on 30 September."

A cold and dark landing site

It took Philae two hours to drift the approximately one kilometre from its original landing site Agilkia to its current location Abydos after it bounced off the surface of the comet on 12 November 2014. The harpoons designed to anchor Philae to the surface of the comet failed to deploy – and the ice screws in its feet were unable to sufficiently secure the lander to the surface. But the real work of the team in the DLR control room really only began after this spectacular landing: they kept the landing craft in operation for 60 hours, issuing commands to the 10 instruments on board before finally rotating the craft to face the Sun. Even then they knew: the landing site is extremely shadowy and cold. Sunlight reached the landing craft for less than 90 minutes over that 12.4-hour comet day. The thermal sensor MUPUS did its best to hammer into the surface of the comet, where it encountered a hard layer of ice and measured temperatures below minus 180 degrees Celsius. Moreover, the images taken by the ROLIS and CIVA cameras showed us the somewhat fissured, shadowy environment that we can now marvel at from a different perspective thanks to the pictures delivered by the OSIRIS camera system.

Rosetta is a European Space Agency mission with contributions from its Member States and NASA. Rosetta's Philae lander has been contributed by a consortium led by DLR, MPS, the French space agency, CNES (Centre National d’Etudes Spatiales), and the Italian space agency, ASI (Agenzia Spaziale Italiana).

The OSIRIS camera system was developed by a consortium under the leadership of MPS (Germany) in cooperation with the Center of Studies and Activities in Space (Centro Interdipartimentale di Studi e Attivita Spaziali; CISAS) at the University of Padua (Italy), the Laboratoire d'Astrophysique de Marseille (LAM) at Aix-Marseille University (France), the Andalusian Institute of Astrophysics (Instituto de Astrofísica de Andalucia) of the Spanish National Research Council (Consejo Superior de Investigaciones Científicas; CSIC), the ESA Scientific Support Office, the Spanish National Institute for Aerospace Technology (Instituto Nacional de Tecnica Aeroespacial; INTA), the Technical University of Madrid (Spain), the Department of Physics and Astronomy at Uppsala University (Sweden), and the Institute of Computer and Network Engineering the Technical University of Braunschweig (Germany). OSIRIS has been financially supported by the national agencies of Germany (DLR), France (CNES), Italy (ASI), Spain (MEC) and Sweden (SNSB), and by ESA’s Technical Directorate.

NASA is gearing up to launch the United States’ first mission to sample an asteroid, with activities at the agency’s Kennedy Space Center in Florida beginning Tuesday, Sept. 6, and culminating with the spacecraft launch Thursday, Sept. 8. Various activities are open to media and will air live on NASA Television and the agency’s website.

Free Publishing Of Your Press Releases 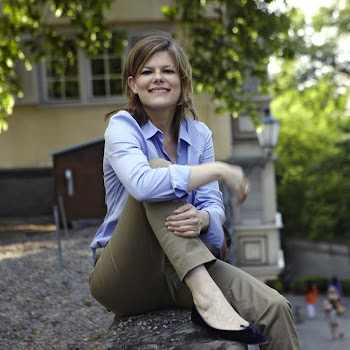 pic with courtesy of Nathan Beck

Saskia-Marjanna Schulz was born at lake Constance. She attended her studies of chemistry and microbiology in Constance and Munich.

In 2000, she was awarded the LBS environmental price. She received the award for her research in the area of microbial ecology at the University of Constance. The graduate chemist is coauthor of the scientific book „Biotechnology for the environment“.

Schulz has long standing healthcare experience in marketing and sales. She worked as communications manager for a global corporation in the medical sector, her working experience focused on Germany, UK, Belgium, the Netherlands and Switzerland.

After advanced training in the field of leadership, she became member of the group „Women in Leadership“ at a global player. She attended lectures of economy by Prof. Berens (University of Muenster) and Prof. Rapp (Cranfield University) and successfully completed a six-year long training to be a business coach.

Since 1999, Schulz coaches, gives trilingual talks and moderates in English, German and French – close to a native speaker. She publishes the "European Press Room for Highly Gifted People", the „Bodenseepresseportal“ and has worked as radio presenter for Swiss radio LoRa in Zurich. Her preferred topics are highly giftedness, trendscouting, music and nature.

In case of any comments or questions, please contact Saskia-Marjanna Schulz via her email: saskiamarjannaschulz@me.com. 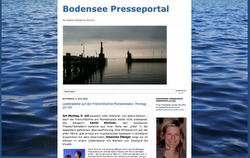 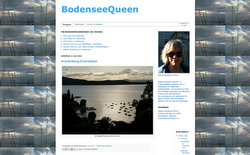 Sharing the beauty of lake Constance.